INDiplomacy is an editorial project that narrates the stories of the women and men who contribute every day in shaping the institutional, economic and cultural relations between Italy and the rest of the world, giving them a voice.

INDiplomacy is a consulting and communications firm that aims to provide visibility, both in Italy and in the world, to the different forms of institutional, cultural and economic diplomacy developed by public and private institutions, firms and professionals that want to promote and spread the Made in Italy and the Italian know-how around the globe.

INDiplomacy is a Think Tank that collects and processes data and information about exchanges and collaborations between Italy and other countries.

The research activity is based on the production of concise reports, useful to anyone who wants to keep informed about the international challenges and opportunities that Italy faces.

INDiplomacy is a project created and developed by a multicultural team of people who strongly believe in the great potential that Italy possesses and are aware of the huge demand for “italianità” (italianness) in the world.

Born in Casablanca, Khalid Chaouki grew up in Italy, where he arrived at the age of 9. His career developed following different paths: journalism, social activities, political and institutional engagement. These variety of experiences allowed him to build many professional and personal relationships, especially in Africa, the Gulf and the Mediterranean region.

In 2004, he worked as a journalist for AnsaMed, the Mediterranean branch of Ansa, the main Italian press agency. He also collaborated with many Italian and international media.

Having already been an Advisor to the Ministry of Interior for issues relating to Islam in Italy and policies aimed at integrating and including ethnic and religious minorities, in 2017 he was elected President of the Great Mosque of Rome. The Great Mosque is the only Muslim entity recognized by the Italian state and has on its Administrative Board the Ambassadors of the main Muslim countries, including Saudi Arabia, Qatar, the UAE and Morocco.

In 2018 he founded KC Consulting srl, an international strategic consultancy that supports Italian firms and public institutions in the MENA region. He worked with Italian firms in different countries, including the UAE, Lybia, Marocco, Turkey.

He speaks fluently Italian, Arabic, English and French. Married with Khalida, they have three children: Adam, Ilyas and Amira. 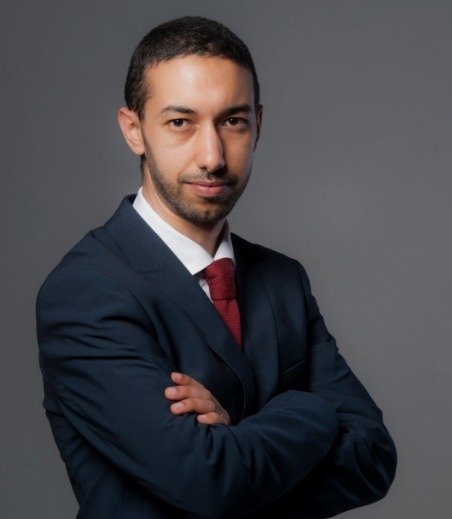